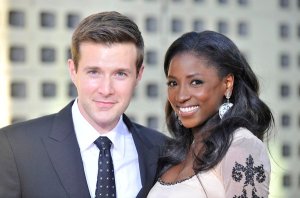 Rutina & Jacob, when they were happier together

This celebrity couple didn’t make it. News broke late Wednesday that Rutina Wesley, best known for her role as Tara Thornton in “True Blood,” filed for divorce from her husband of 8 years, Jacob Fishel. He is also an actor, best known for the film “How I Got Lost.”

It’s always sad to hear about breakups of any kind. Marriages always start out with love and the best of intentions, the desire to go the distance. They also seemed grounded enough to stay solidly together, judging by their interviews, though I can’t help think that as her career picked up steam and his didn’t so much, it created tension that aggravated any existing issues between them.

They had no kids, so at least they will be spared the possibility of a public, emotional custody negotiation.

Good luck to them both. There are second chances at lasting love.